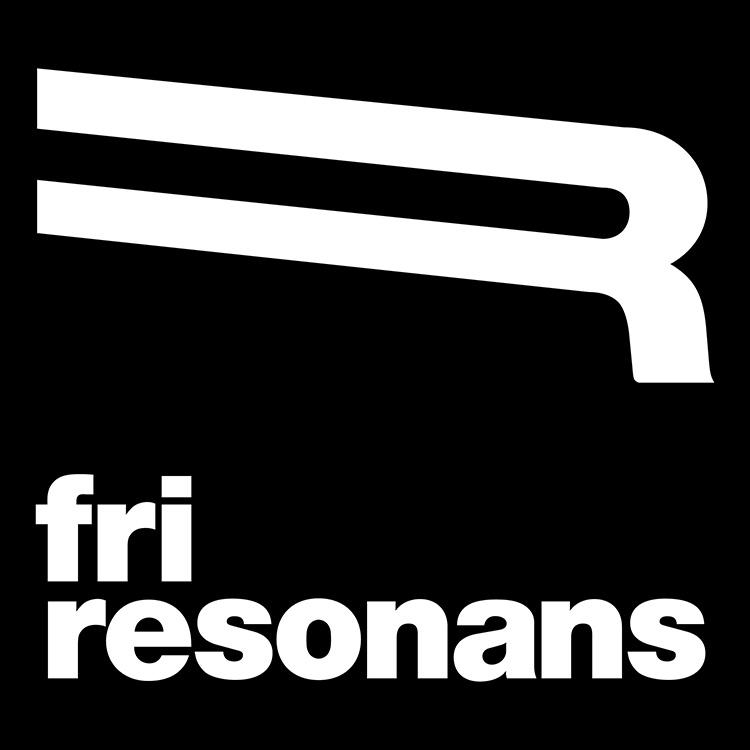 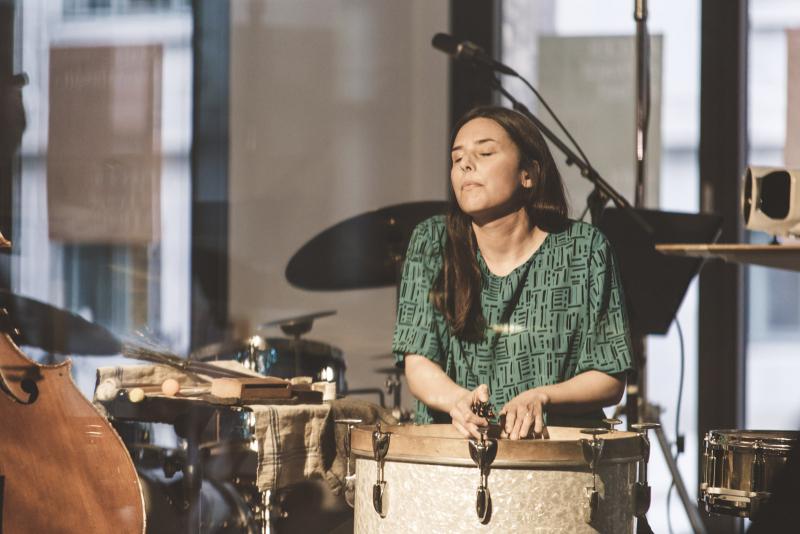 A meeting between freely improvised dance and music. This unique and interdisciplinary trio meets for the first time during this year's Fri resonans festival. Individually, the performers are active internationally as well as in Norway in various constellations such as: TIDE, Sheriffs of Nothingness and Trio Generations. A finely tuned acoustic and textured act that embraces the expected and unexpected events of improvisation. This concert is curated in collaboration with nyMusikk Trondheim. 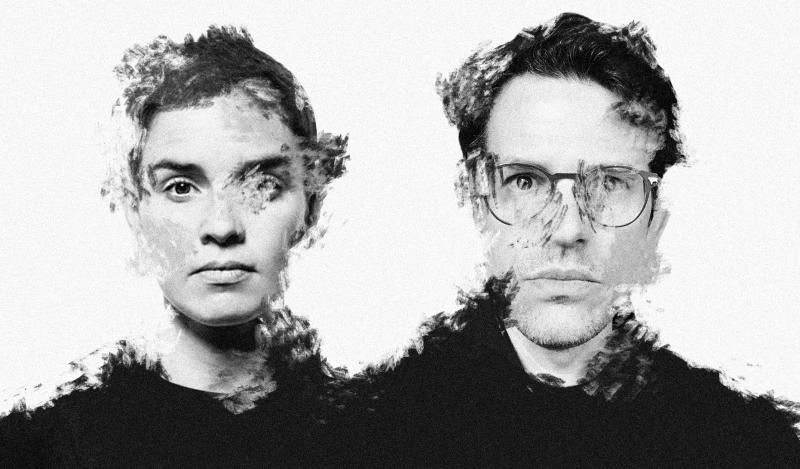 Portuguese trumpet player Susana Santos Silva and Swedish bass player Torbjörn Zetterberg started their collaboration in 2012 when they recorded their first album together, «Almost Tomorrow» (2012). They are both based in Stockholm, Sweden. Since then, they have played extensively as a duo as well as in collaboration with musicians like Mat Maneri, Carlos Singaro, Chris Pitsjokos and Hampus Lindwall, among others. Now, eight years later, they have released their second album, «Tomorrow» (2021). Their music has been described by critics as uninhibited, intense, heartfelt, full of passion, and delivered with a wonderful paradox of discipline and abandon. 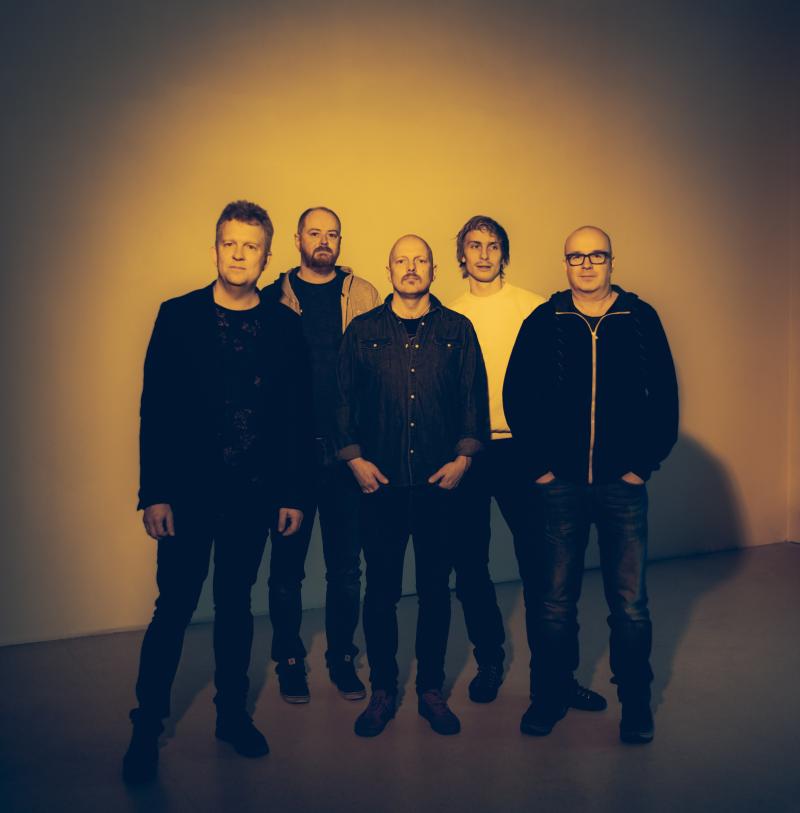 Few bands have defined and influenced the Scandinavian jazz scene more than Atomic. Their music is an amalgam of different sources of inspiration spreading from American and European free jazz to contemporary classical music. This is clearly displayed on their latest album «Pet Variations» (2018) where they play music by Carla Bley, Jan Garbarek, Olivier Messiaen and several others. After holding a position at the forefront of the Scandinavian and European contemporary jazz scene for 20 years, Atomic have decided to disband. This concert at Fri resonans will be the last opportunity to see this band live in Trondheim.

A meeting between two performers who both have immersed themselves in Kurt Schwitters`s sound poetry and Dadaism. Local baritone saxophonist John Pål Inderberg teams up with Jaap Blonk in conversation and interplay to share their knowledge and perspectives on spontaneous music making. John Pål Inderberg (baritone saxophone/voice) is a versatile saxophonist with a natural spontaneity of expression. His playing incorporates many different styles, which is evident in his collaboration with musicians such as Lee Konitz and Warne Marsh. In addition to baritone saxophone, he is known for his use of voice and spoken words as a part of his performance. Besides his performing career, he is professor emeritus at the Department of Music at NTNU. Jaap Blonk (voice/electronics) started out as a vocalist with Dada sound poetry performances. From the mid-1980s and on he developed as an improviser and gradually added the use of live-electronics to the voice. He has collaborated with musicians and composers like Maja Ratkje and Mats Gustafsson and frequents in both the contemporary music scene as well as within freely improvised music. This concert is in collaboration with NTNU and is part of their series of research concerts. 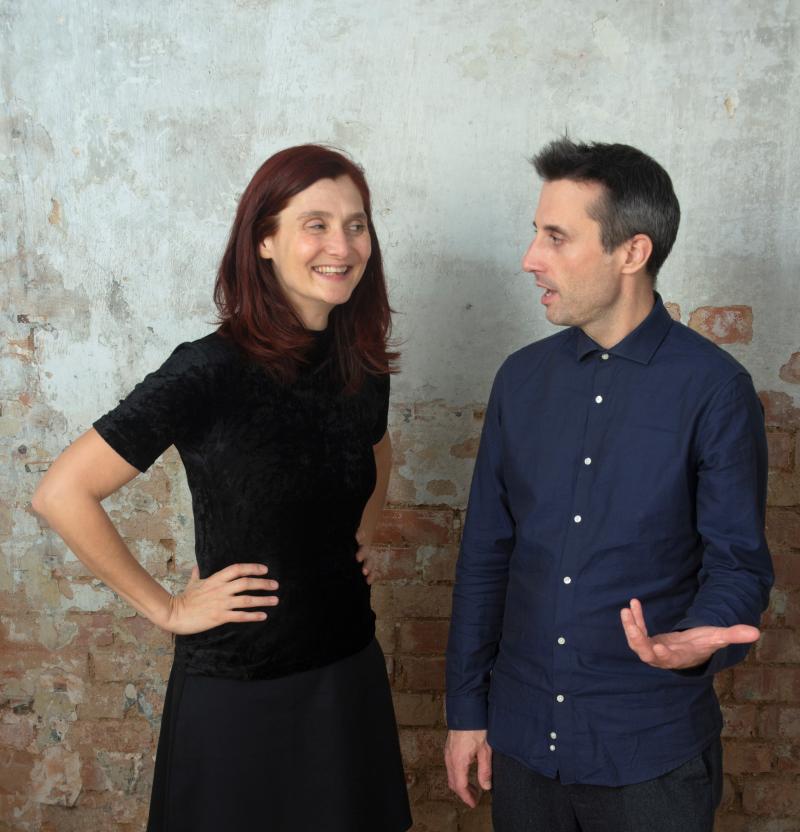 Angelika Niescier (saxophone) and Alexander Hawkins (piano) are two unique instrumentalists who has contributed to redefining European jazz and improvised music for the past decade. They just released their first duo record «Soul in Plain Sight» (2021) on the prestigious and progressive jazz label Intakt Records. Hawkins visited Fri resonans two years ago and delivered an extraordinary concert with vocalist Sofia Jernberg. Hawkins is well known for his solo performances but often collaborate with legendary names like Anthony Braxton, Louis Moholo-Moholo and Evan Parker. Angelika Niescier is based in Cologne but has a strong connection to the US avant-garde jazz scene through her NYC trio featuring Chris Tordini and Gerald Cleaver, and her NYC Five featuring Florian Weber, Ralph Alessi, Chris Tordini and Tyshawn Sorey. 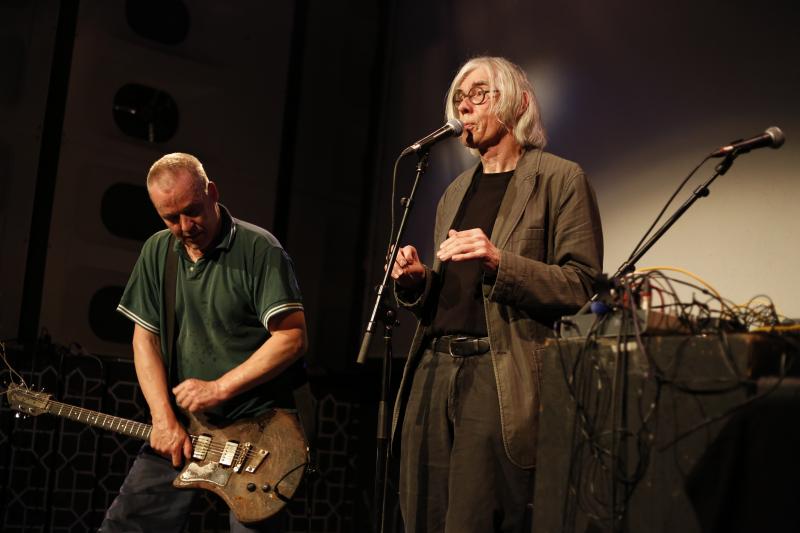 Jaap Blonk (voice/electronics) started out as a vocalist with Dada sound poetry performances. From the mid-1980s and on he developed as an improviser and gradually added the use of live-electronics to the voice. Terrie Ex (guitar) was one of the founders of the “anarcho-punk” band The Ex in 1979. Through the years, with his unique style, he has also made a name for himself in free improvisation, such as in duos with Han Bennink, Ab Baars and Ken Vandermark. This duo collaboration started in 2003 and stands out for boundless freedom, the unpredictability of Dada and the energy of punk rock. Their album, «Thirsty Ears» was released on Terrie’s own record label TERP in 2018.

This Berlin-based trio consisting of Christopher Dell (vibraphone), Christian Lillinger (drums) and Jonas Westergaard (double bass) was established in 2011 and has released a number of albums including their brand new release «Beats» (2021). They play music with high intensity and activity, and the distinction between composition and improvisation feels blurred as the trio navigates seamlessly through their musical sequences. The traditional roles we usually see in a trio format have been dissolved and the result is music with many layers, role changes and textures. 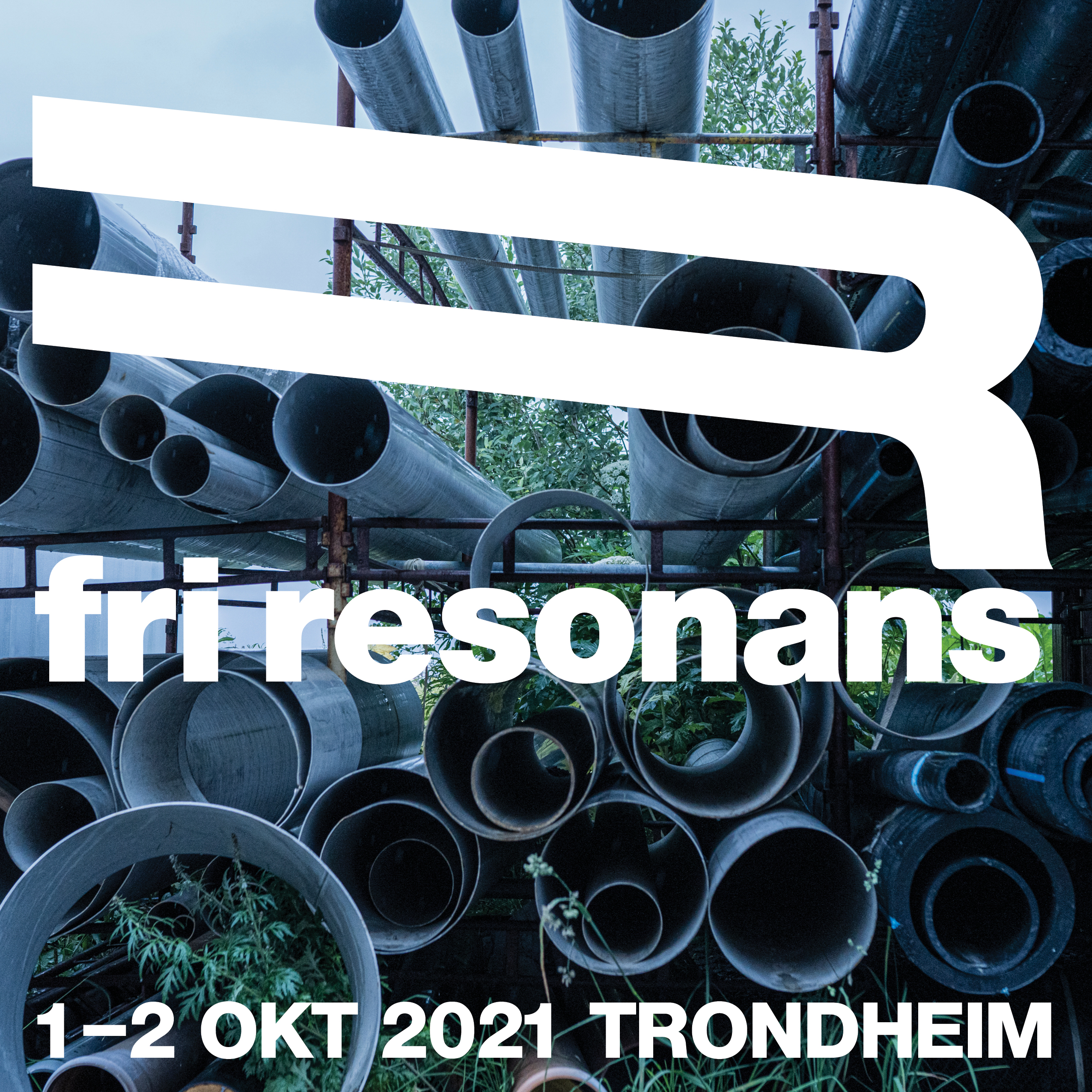 This years edition of Fri resonans will take place at Dokkhuset Scene in Trondheim on October 1st and 2nd. Program tba. 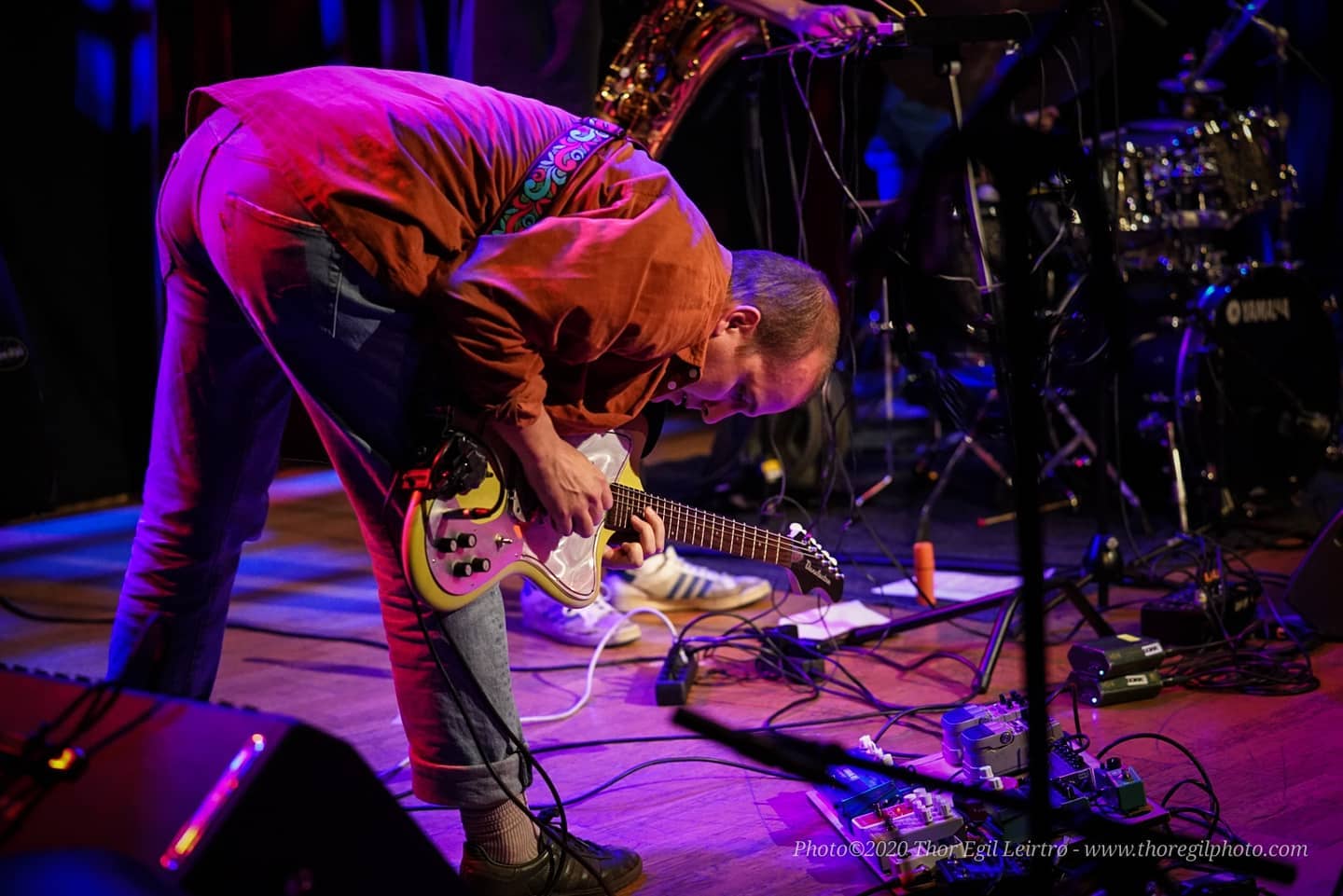 Thanks to everyone who attended this year's festival! Two days with fantastic music and great atmosphere! Welcome again next year!

END_OF_DOCUMENT_TOKEN_TO_BE_REPLACED

Fri resonans is an alternative music festival in Trondheim, Norway. The festival was founded in 2005 and the objective is to create increased enthusiasm, acceptance and understanding of alternative musical expressions. In 2021, the festival will take place on October 1st and 2nd at Dokkhuset Scene. The festival is organized and curated by the musicians Tollef Østvang, Peder Overvik Stuberg and Joakim Rainer Petersen.